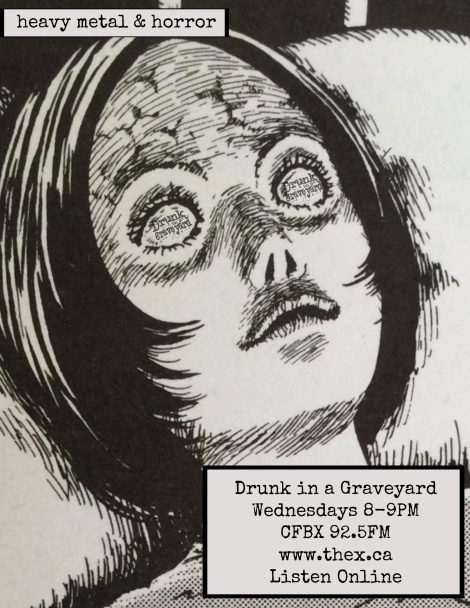 Graveyard Radio airs Wednesday nights 8-9PM PST on 92.5FM CFBX in Kamloops BC and you can listen online on thex.ca. Our show is preceded by a super cool Ska show hosted by Dean from 7-8PM PST, and right after us is Kamloops local Louis with Radio Schizo playing hardcore / punk, and you can settle in for a night of alternative music and programming.

Ceremony of Silence – Trance of Void

SPELL – The Wailing Sea of Emptiness

Marilyn Manson – I Put A Spell On You

Tales of the Tomb – The Nightmare Hall

Please check out the bands and chuck them some facebook likes, and most importantly money.

Send us shmeckles on our Patreon.