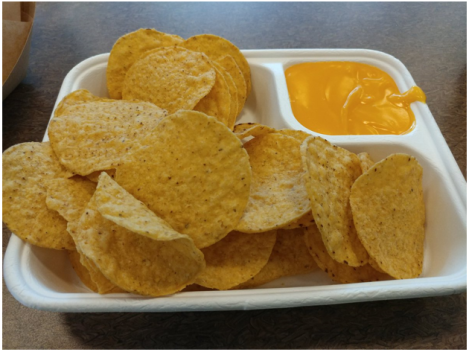 First things first, it must be addressed that my title is an ode to Mike IX Williams’ Cancer as a Social Activity. It’s a name that says a mouthful in its insight. Personally, my interpretation has always been quite literal – we, as a society, engage in smoking, drinking, and the consuming of the orange dye in Kraft mac and cheese. It’s accepted, even taken-for-granted, that we do things that are bad for us as second nature. Of course, there are a million and one more abstract views of Mike’s work, but for the sake of my incoming argument, we’re taking it as cut-and-dry as the proverbial Popeyes biscuit.

Hating things as a social activity.

Chances are, if you’re reading this, you’re familiar with the inner workings of the blogsphere, specifically, the wild and wonderful world of film/music review. There are, of course, the individuals who, as Paul Kuhr of Novembers Doom pointed out in a recent interview for Invisible Oranges, will say “this band sounds like x, y, and z: 7/10” just for the thrill of getting free promotional material. Others who value their own craft as a writer, as well as the craft of the artists about whom they are writing, will produce a nuanced, from-the-heart take. Then, there is the coup de grace. The strawberry shortcake. The this guy. The that guy. The guy who hides behind hate for what seems to be no other reason than hate’s sake.

Perhaps I’m just upset because of who the above-captioned articles are criticizing. I like Post Malone. I love Wicca Phase Springs Eternal. Further, I have cast aspersion on a lot of things in my three years of writing for Drunk in a Graveyard, including, but not limited to, American Horror Story, Maryland Doomfest, Dahvie Vanity, Pitchfork, and local music scenes from sea to shining sea. Therefore, I want to explore why we have a tendency to throw stones at a blank post and call it an artform of its own. While there’s absolutely nothing inherently wrong with engaging in a little jimmy-rustling, venting, or just having a fucking opinion, I genuinely want to get to the bottom of why the Washington Post is validating the comparison of Post Malone’s looks to someone who has “crawled out of a primordial swamp of nacho cheese.”

The issue, I think, is twofold. First, if my classical theory class this semester has taught me anything, it’s that having a dissenting opinion has become something in which to take pride. The reason why social change is never achieved is because all of the people who are equipped to lead a revolution of elites are too busy fucking infighting about a minor source of causation. The same principle goes for reviewing a concert on a blog, or even just reviewing a tattoo artist on Yelp who put a dreamcatcher on your ribs back in 2011. Someone stepped on your foot or one of the feathers faded, and now you’re trying to apply your anecdotal anger on a grander scale that might not necessarily be warranted. Alternatively, nothing even bad happened, but you feel like that absence must be turned into a negative in the lack of any other significant insight. Either way, you feel like you’re tearing the lid off a major issue, which, in the grand scheme of things, may not be indicative of anything else but your own general discontent and sense of helplessness.

Secondly, hating things becomes muddled when it is combined with the concept of subculture. Subcultures emerge because you may not necessarily feel like you fit into or feel passionate about mainstream culture. So, you go off and carve out your own space with other like-minded people. Black metal, for example, was carved out because “regular” metal was becoming too commercialized. The vegan community formed because they had ethical and health concerns about standard diets, which, even cross-culturally, tend to incorporate animal products in same shape or form. I am a black metal-listening vegan because I hate Slayer and mac-and-cancer. However, I try to refrain from letting those identities of hate consume my whole self, filling them with alternatives such as Ulver and avocado-chickpea mash, as well as a plethora of outside interests.

Pulling these two concepts together, the issue with hating things emerges when the social activity becomes the culture, and the culture has no further substance outside of the act of hating (and the sense of superiority that comes with it). The solution then becomes refraining from the human tendency to get drunk on such a sense. Instead, turn a glaring hole that you spot into a parody, a teachable moment, or even a chance to display your own advice in action. A lot of greatness can be yielded from doing a little reinventing. Hell, in 2018 there even things like black metal bands who mix their songs and cashew milk queso. If you can really do it better and tastier, go out and do it. The hate is just the ignition of a flame that forges something great.