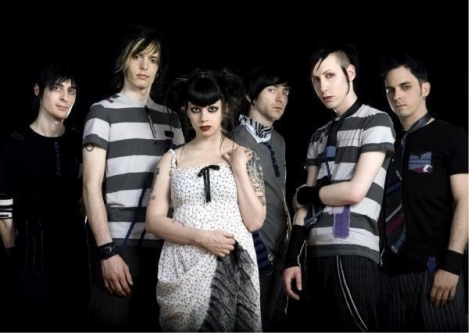 I don’t know what it is: breathing clean West Coast air after a year of slowly suffocating in the swamp, my return to school via the 17th grade, or my general disbelief that I’ve passed the threshold from early-to-mid 20’s, but I can’t stop having vivid flashbacks to my previously-forgotten freshman fall. It all started innocently enough a couple of weeks ago when I found my Soundcloud fetish stumbling backwards into the days of Punk Goes Crunk. Since then, the dominoes of realization have been falling – 2018 marks a decade of being infatuated with some post-hardcore heavyweights, but plenty of other genre-bending bands as well.

While the age at which we are considered to be adults varies by culture, I personally feel like 14 was when I took my love of heavy music that began in middle school with SOAD and Alesana to full-on exploratory routes. I came to view music as an arena I could dedicate much of my life to without necessarily being a musician myself – so much so that it kick-started the extent to which being a music fan has bled into every anecdote of my young adult life worth recalling. So, in this vein, there is perhaps no better way of finishing of my super spooky birthday month than telling the story of how I fell for London, Ontario’s The Birthday Massacre.

I stumbled upon the electro-rock six-piece in the same ambiguous place where I still find my favorite music: somewhere in the YouTube stratosphere. In an effort to wave my newfound cane around a bit, I’d like to stress that I do, indeed, remember the days of having to rush from the bathroom back to the television set to catch the video for BYOB on MTV. When YouTube dropped into my life the summer before seventh grade, it officially became a gamechanger for consuming everything from bootlegged Fuse programs to emo boys making out with each other (my sexual peak).

One memory that my drinking managed to kill off for good is whether The Birthday Massacre was a suggested video from gothic violinist and horse girl icon Emilie Autumn or vice/versa, but I’m grateful for both artists nevertheless. Autumn and TBM vocalist Chibi became the icons I needed to get over my shitty final hump of girldom and achieve some semblance of autonomy as a grown woman. To put it into perspective, my hobbies at the time included licking the computer screen while watching the video for Heart-Shaped Glasses, writing poetry about a mass murder that had occurred in my town, and playing Sophia Coppola’s Marie Antoinette on an endless loop. I was more angsty than a goddamn Lisbon sister and I so desperately needed to be set free in a far away field.

While I was still held hostage in the land that time forgot for several more years to come, I found a form of escapism, and ultimately, peace, in the magic that The Birthday Massacre brings to the table. Completely aloof to TBM’s tradition in dark wave due to my age, I simply placed them on a pedestal as some kind of divine gift from the Wiccan deities, to whom I chanted every night. The brilliant bursts delivered by TBM’s dominant keyboard arrangements and purple sunsets of their cover art moved a place in me that had previously sat still. It wasn’t long before I was rushing home from school to play Blue and Red Stars on repeat as I gazed out of my family room window at similar autumn skies.

While I may be muddling my way through my master’s degree now, I hardly cared for school back then. The causes were plain to see: bullying, gym class, and, most of all, being graded poorly because I was too shy to talk in class. It felt like the failures of my personality (or lack thereof) being pointed out by my peers were being institutionalized by the school more generally. Fortunately, the concept album that had fallen into my lap, Walking with Strangers, couldn’t have been more apt. Track by track, it breaks down the tooth picks that serve as support walls in mediocre schools – places filled with half-baked relationships, popularity contests, and conformity as a means of coping with way too many conflicting interests. Visuals for “Looking Glass” say it best by not saying it at all. A classroom full of girls hide behind mildly creepy 50’s-style masks as a student-teacher relationship is implied. It all hit home enough to resonate, but the excitement of a forbidden romance also allowed me to transcend into the next stage of life that I was so desperately seeking.

Eventually, my relationship with Walking with Strangers became iPod Nano-official. Not only could I pump it into my gummy worms-for-brains during my walk from the locker room to algebra II, but it could be there to bleach school from my mind the moment I stepped out from the double doors. One of my most beloved memories of taking this album on the go was when my parents drove me up to one of the more rural areas of the county to go to a haunted house with my middle school girlfriend group, which hadn’t yet fragmented. From the long, serene car ride to standing in line among haystacks—chilly from the air but warm from the anticipation—I had one earbud in, delivering my songs of the season.

After being chased with chainsaws, we all returned to my friend Ashleigh’s house for the night. It was one of those big McMansions that had sprawled up out of nothingness in what was effectively countryside by Baltimore metro standards. It had not been long since Ashleigh’s father had tragically and unexpectedly passed away – an event that weighed on our whole friend group out of a sheer sense of helplessness. Nevertheless, her mother was clearly determined to regain a sense of normalcy by orchestrating our evening in celebration of Ashleigh’s upcoming November birthday. It was about 4:00 AM and I was still up, but all of the other girls were asleep in masses of sleeping bags huddled in her living room. My eyes half open and Walking with Strangers finale “Movie” buzzing quietly in my ears, I noticed movement across the room. I saw the curly ribbon of one of the helium balloons dragging across the carpet in a slow but steady beeline. Eventually, it decided on a spot right next to Ashleigh.

To this day, that was the most pleasant visit I’ve witnessed from the great beyond, and it only makes sense that The Birthday Massacre was the soundtrack. Spooky, but not necessarily scary, TBM is a horror-splashed take on what electro-rock can be while serving as a shining example of the positivity and acceptance found within the dark arts.