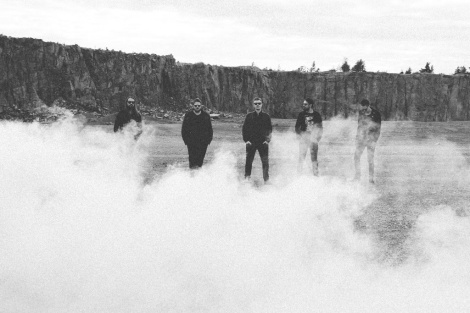 Hey. Hi. Hello. Do you guys remember the first time you heard The 69 Eyes? If you’re anything like me you were like 20, and listened to Frankenhooker while smoking black clove cigarettes thinking you were really really cool. Anywho, I have very fond remembrance of that particular sound and apparently, so does Finnish five piece LAMORI. LAMORI lists early HIM, The 69 Eyes, Depeche Mode, The Doors and Stone Sour as their influences, as well as spooky stuff like horror films, romanticism (apparently including the very nouveau riche consumption era look, because the singer of LAMORI is spindlier than Peter Murphy AND Scott Weiland). The dudes have been playing since 2009, and are heading into the studio this summer to record their third album. They’ve released a new video for Until Death (Do Us Part) off of 2016’s To Die Once Again which is currently out via Wormholedeath.

So grab your gaudy skull rings and coffin cigarette holder, there’s much rocking in the graveyard tonight.

You can find Robin on twitter dreaming about clove cigarettes and death rock.