Well, here we are at our second installment of Cult and Voidhanger’s extreme metal review primetime happy hour. It’s a bit late coming in, and that’s entirely my fault. Cult’s a nice, prompt writer, and I’m totally a seat-of-your-pants kinda guy, writing in bursts and then going dormant for a while. It’s my method of creative madness. No matter, today we’re going to see where our opinions agree or differ in some fairly high-profile 2017 releases, including the newest Morbid Angel which somehow managed not to suck after their last abomination. Hey, even a blind squirrel finds a nut sometimes.

Cult: Well, this isn’t your typical doom album. It’s complex, dense and fueled by a myriad of vocal styles (raging from a ‘breakdown’ wail to a barely discernable growl) and an excellently crafted aura of despair beyond comprehension. It’s all done surprisingly well (which comes as no great shocker as it’s been unleashed under the utterly brilliant Profound Lore label) and admittedly dragged me by the ankles until I started to fall under its spell.

Draconian, St Vitus, November’s Doom and Candlemass this is not but utterly addictive it is. How’s that for a Yoda-ism so close to the release of the newest Star Wars feature.

Verdict: Good / great. This is an album I can see affecting me the more I let myself melt into its depths until the point I preach about it to absolute strangers in the most random of locations.

Voidhanger: A band I’ve been meaning to listen to for a long time, their newest album “Horizonless” was the perfect opportunity. Holy crap man, what a mournful slab of soul-crushing melancholy. Stunningly beautiful in its sheer bleakness, the instrumentation is fantastic and the vocals vary from growls to wails, all delivering different levels of pure anguish. This is the perfect soundtrack to lie down on the shore and let the tide come to drown you.

Cult: Hardly an album for any ‘newbie’ to the (extreme) scene Deliverance… oozes with nuance amidst a dense, often, suffocating blanket of heaviness. This same aura is drenched in darkness an atmosphere often associated with the neighboring black metal genre though delivered here with more a punishing death vibe hand in hand with down tuned melancholic doom sensibilities and a fitting raw production.

Verdict: Great / Orgasmic. I can foresee this album growing on me as I revisit and its nuance opens outward, beckoning me closer, like the petals of a budding predatory flower. (Wait wha-?)

Voidhanger: Blowing through the gates at full speed, Desolate Shrine return with an intense fourth album of oppressive death metal. Expertly managing to lurch dizzyingly between blasting death metal to haunting, crawling passages, Desolate Shrine have continued to hone their craft and build on the foundations of their first three albums. There’s something profoundly unsettling about Desolate Shrine’s music, lyrics and artwork; they manage to tap into something dark and very primal. They manage to reach deep inside humanity’s vast, shared consciousness and pull out nameless, ancient fears common and express them flawlessly. Despite the unconventional lineup of one person performing all instruments along with two vocalists, they absolutely nail it and “Deliverance from the Godless Void” is proof that Desolate Shrine are at the top of their game. 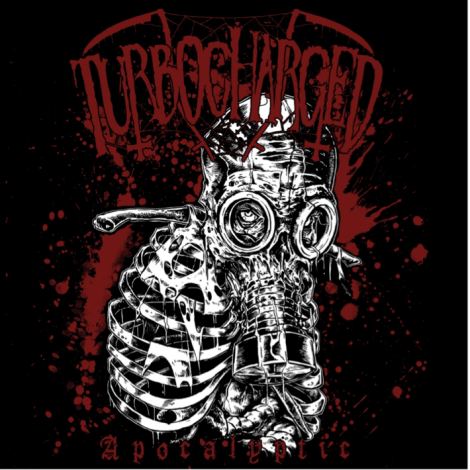 Cult: There’s no wonder this sounds like a buzz saw guitar driven, groove laden, wicked hybrid of Vader and Vomitory. Ronnie “Ripper” Olson handled vocal duties for Vomitory for a number of years. He also imported his love of Gothenburg inspired thrash/death rhythms. I can’t help but also think of Entombed and Sodom whilst I spin this too. With stylistically varied tracks and darkly humorous vocals the album keeps the listener on their toes and eager for more. This will incite movement!

Verdict: Great / excellent. A fantastic jumping on point for new fans. I could spin this all night, alas I have a family who prefer their hearing unaltered by my hand turning the volume beyond dangerous levels.

Voidhanger: “Apocalyptic” is a thrashy, punk-fueled death metal experience that has value but left no lasting impression on me. There’s little to fault in the individual performances, but something is missing and the whole of the picture seems to be less than the sum of its parts. I can’t quite put my finger on what wasn’t working for me here, but it wasn’t clicking and more or less glazed over me without offending or wowing me.

Verdict: Listenable, but lacking in substance to make it memorable. 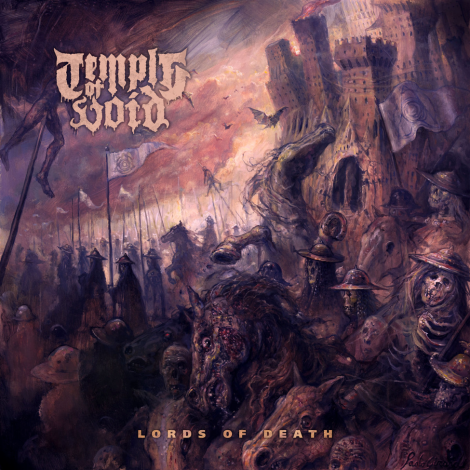 Cult: I’m afraid I’m going to have to stand apart from the crowd on this album. I’ve heard a lot of ‘album of the year’ hubbub surrounding this and quite honestly I don’t yet see it. Perhaps I need a few more listens? It is good however, don’t get me wrong but it hasn’t enthralled me the way it has apparently quite a great many others.

A few tracks are very impressive yet on the whole it’s an album I feel well most probably grow on me over time, caressing me with its many intricacies.

Verdict: Good, with the potential to grow on the listener over time.

Voidhanger: Maturing by leaps and bounds when compared to their 2014 debut “Of Terror and the Supernatural” (which was a fine album in its own right), “Lords of Death” is Temple of Void as a tighter, more refined band. They’ve lost a bit of the filthy sound on here, but it’s more than made up for with the sheer power of the crunching, window-rattling riffs. The audio embodiment of lumbering, crawling death.

Cult: To start things off I’ll admit to not having heard a Morbid Angel album in some time. I believe Gateways to Annihilation was the last I thoroughly enjoyed, however Blessed are the Sick remains my fave and remains one of the top five death albums I will always return to, even close to twenty – five years after its initial release.

With the recent departure of David Vincent, who’s discovered other musical avenues to experiment with, it’s hard to know what to expect. Pete “Commando” Sandoval departed a few years ago to concentrate on, Terrorizer, what was once considered a part time gig with arguably unrivaled influence in the extreme metal arena. With all this being said Trey (the guitarist with possibly the coolest last name in metal) is still around. So what gives..? There are those who herald this as ‘The’ return to form. In my opinion Kingdoms Disdained isn’t bad, admittedly nothing outstanding enough to dislodge Blessed or even Gateways from their lofty precipices. There are several moments when vintage Morbid Angel diabolical infernal essence rears its head, but nearly enough to warrant me to jump for joy. Then there’s the drums, as I’ve mentioned Sandoval is gone but, that’s not merely it. Often ‘they’ feel overwhelming, predictable and somewhat monotonous with not nearly enough creative rhythm passages to hold my attention as was once the case. I’ll try not to dwell on the track that bears nu-metal stylistic leanings, I tried, dammit!

Overall this is sadly an album I can easily forget although, something tells me I’ll return, in the near future, perhaps then my opinion will change.

Verdict: Good but not great, I can’t help but be generous based on the bands influence.

Voidhanger: It’s good to see this legendary name emerge from the abyss of techno-industrial Hell with their death metal chops relatively intact. Let’s hope they burned that bridge on their way out. Tucker’s voice is in fine venomous form here and Trey’s signature leads remain characteristically labyrinthine. The entire album is unrelenting, pummeling the listener from start to finish, but the songs tend to blur together with few standouts, and it ends awkwardly, almost like they weren’t happy with the ending of “Fall of Idols” and decided to abruptly cut it at the last minute. In any case, it’s intense and generally enjoyable, but “Kingdoms Disdained” isn’t likely to engrain itself in your long-term memory.

A collaboration effect that manages somehow to raise a defiant middle finger to distance (Void resides in the white wastes of Kanada and I’m nestled in deepest darkest corn territory) genre tastes and any good natured consideration given to the concept of patience. Sorry, it had to be mentioned.

Nevertheless, I hope you’ll agree the wait was worth it, I get carried away while Void is as precise as a surgeon’s scalpel and Morbid Angels newest release really wasn’t all it was hyped to be.

No matter your opinion we’d love to hear it. Void pins his hate mail to the fridge whereas I utilize it as a handy tool to help clear my sinuses. Winters are a cold hearted bitch!

It’s anyone’s guess which albums we’ll chose to dissect in the next installment. Odds are good though that we’ll disagree upon something, which is only a miniscule part of the fun in store.

You can find Voidhanger on twitter, and Cult too.

Tune in next time for the Cult & Void tandem bike ride.