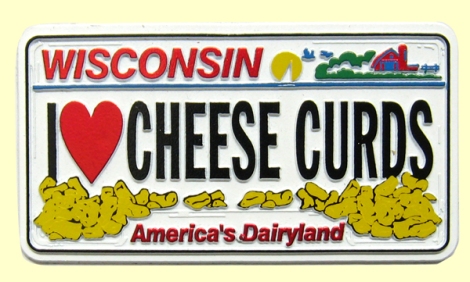 When you think of Wisconsin, cheese immediately comes to mind, right? Cheese and football. But let’s not forget about Fonzi. When it comes to fixing stuff I’ll admit before I call the repair guy I’ll ‘pull a Fonzi’. This maneuver includes a few gentle taps, nudges, kicks and sometimes even a tumble down a few flights of stairs all depending,  of course, on my level of frustration and how badly something needs a nurturing loving touch and/or (professional) maintenance. Hah! I seem to have gotten sidetracked, Fonzi apparently still has that power over people, let’s get back on track.
One thing a person might not think about when the state of Wisconsin comes up in conversation is music (although I have attended my fair share of Milwaukee Metalfests) more specifically a prominent band in the metal realm.
Perhaps I can help change that. 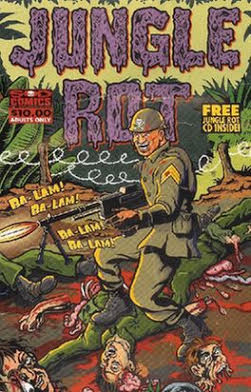 Jungle Rot, the band not the flesh eating foot fungus, have been around for over twenty – five years. To be honest I always thought they were from Florida (I’ve been wrong before although it’s an honest mistake what with a slew of other notable acts originating from the same area). Thus far Jungle Rot have released three demos and numerous full lengths. They are currently preparing to release their tenth. They have also featured prominently in numerous compilations, even on a tribute collection entitled Straight to Hell: A Tribute to Slayer (Cleopatra/Deadline 1999). 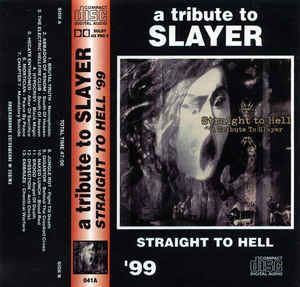 If you look closely you might even be able to make out the other acts and tracks.

Within their discography their has always been one album that has managed to elude the fans, unless one is willing to part with a significant amount of change in order to get their hands on it. What Horrors Await was released in 2009 by Napalm Records exclusively throughout Europe but only in a limited quantity. 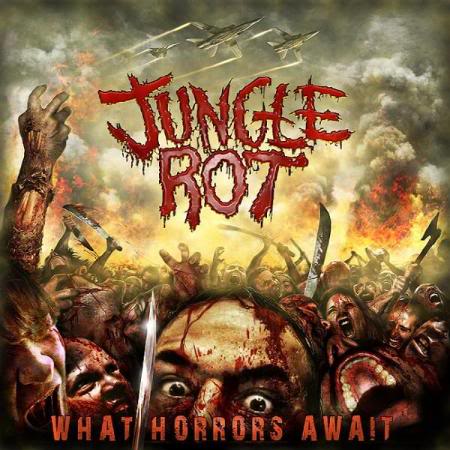 That is until April of this year (2018). Victory Records have come to the rescue procuring the rights to a release that has always been sought after. In April it will be unleashed on CD and vinyl but thankfully it is already available on digital (as of January 19th).
So what’s all the hubbub about? Is What Horrors Await worth seeking out or in the very near future purchasing as easily as taking a digital trip to the Victory Records website (plug, plug, plugola!)
I intend to find out. 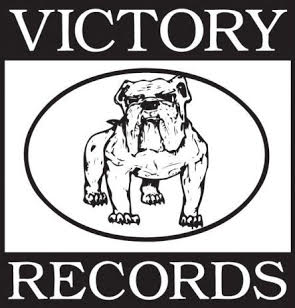 Available on Victory Records, as if it wasn’t obviously stated above.

Track listing
Worst Case Scenario
The Unstoppable
Straight Jacket Life
State of War
Two Faced Disgrace
End of an Age
Speak the Truth
What Horrors Await
Nerve Gas Catastrophe
Braindead
Atrocity
Exit Wounds
Invisible Force (Destruction cover)
Black Candle Mass
Having only heard a few tracks by Jungle Rot before now, an albums worth at most, I was not sure as to what to expect.
Hitting play I’m subjected to a style that isn’t complex but is surprisingly catchy. The riffs in the opening track remind me of both early Slayer and Cursed era Morgoth a great combination that has me swerving in traffic to the rhythm. The vocal style courtesy of Dave Matrise (who handles guitar duties also) are pleasantly decipherable as well as appreciatively harsh, the sort any fan of Vomitory will immediately latch onto, also a tad Tardy (Obituary) in tone Daves style works amazing against the backdrop of the pounding percussion. As the album plays out one question nags at me. Why is it that noone has attempted to secure this for the American market before now? The quality and calibre of the music is blazingly apparent. Fans of clean riffed and galloping death in the style of Vomitory, Slayer and Bolt Thrower will consume this happily only to hit play repeatedly with a lunatic smile plastered across their chops.
Although not technical the music has undeniable appeal, is straight to the point and bears the influence to incite any mosh pit to frenzy. Take for example Straight Jacket Life, an early barn burner, it’s punishing and slow (plodding at times) but brutal enough to satisfy all flailing limb urges. 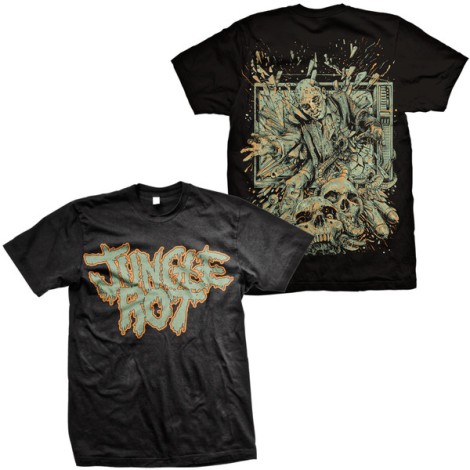 Metal and Zombies, on a shirt no less. Count me in!

Another standout is the title track. The riffs are reminiscent of Bloodbath in their finest hour in essence another track that’ll cause sweat to pour and muscles to ache once its through. The finale of Atrocity is worthy of note also.
The album isn’t without its diversity. Speak the Truth much like an early Dying Fetus track (whose title escapes me) appears more a hardcore – esque anthem than any of the albums other songs which are typically war/conflict themed.
Paying homage to Destruction, who they toured with for some time, is Jungle Rot’s take on a thrash classic. Although slightly different in tone its still very decent and worthy of inclusion in an album that’s solid from start to finish.
My conclusion…What Horrors Await warrants it’s place in any discernable metal fans collection, it’s just a pity fans had to wait this long (Bravo – Victory Records). This is especially recommended for fans of 90’s European death/thrash.
9-
-Cult

One response to “Jungle Rot – “What Horrors Await” (reissue)”