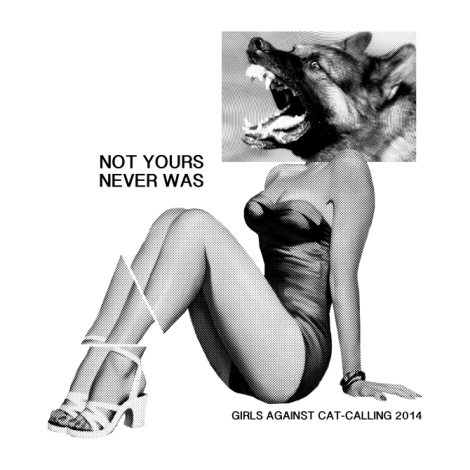 Editor’s note:  I’m posting this today because you need to read it.  A story from British Columbia about a CP rail employee being fired for posting pictures of herself on her social media reminded me of all the times that my own body has been policed.  Of when I have been asked to take up less space, be less loud, be less present, and all the times I was too fat, too tattooed, my hair too long, my mouth too loud, my tongue too full of poison.  Jenna has written something important here.  It differs from some of the usual posts on the graveyard, but it is a necessary statement.  Drunk in a Graveyard has four female staff, one of those is the creator of this site.  Me.  Some people say we should separate art and politics, but in the words of the late great George Carlin – “art is politics”.

NOT YOURS TO POLICE

It was my first full time job out of college. The entry-level office opportunity hardly filled the shape of my dream, but I was proud of it nevertheless. I got to use the data entry skills I had sharpened during my time as a teaching assistant for a quantitative sociology class. Even better – I was finally immersed in the field of photography after months of running in the shadows as a budding music photographer by night. Surely, the gig would hold me over as I worked my way through part-time law school and achieved my dream of becoming a civil rights attorney. I was woke, but even more idealistic. And so, I only worked this job for two months.

I was two weeks in, minding my own business in my workspace, eating a meal. Lunch back then consisted of 100 calories of almonds and a clementine. That line from that spoken word summed up all that had plagued my mind since freshman year – “take up less space.”

But, I was interrupted by a woman who, before that moment, I had never seen. She called me into her office. Apparently, she was the head of HR.

Sweetie. Honey. You just really have to watch those hemlines. I’ve been getting complaints across departments. You’re making others feel uncomfortable. But oh, don’t worry – they just want the best for you. There are bad man in the parking lots. There are bad men who work in the other part of the building. You know, those black fellows who do printing and shipping. Sweetie. Honey. Hon. Aw, don’t cry.

I did anyway. Not out of sadness, but out of frustration. I looked down at a body clad in black – a long sleeve, high-neck shirt, a high-waisted skirt, tights, and riding boots. My skin was not exposed. But, even if it had been, I’m sure my eyes still would have failed to contain the leak. The shame being cast upon my body had sunk several layers deep.

I wanted to say something about the male photographers casually referring to sorority girls as bitches. I wanted to mention how the uncensored version of “Or Nah” was played over office speakers. I wanted to shout and kick and scream from the heat of flagrant hypocrisy. But, I was young, and I had dreams that needed to be funded. So, I just kept crying, stewing in my discomfort, until finally, I was able to find a new opportunity.

Two years later and just last week, I found myself in the same position – that of a woman who had been reduced to a little girl crying in the face of a scolding a hand.

I was at dinner with a colleague for my new office job. I had graciously accepted her invitation, thinking about how much the prospect of a business dinner with another fabulous woman would have delighted six-year-old Jenna to no end. Among eggplant and white tablecloths, I was excited to get into the meat of my ideas for the company’s blog, to which I was getting to contribute in between answering phones and preparing coffee for clients.

Unfortunately, that topic was thwarted by a more paramount issue – my skirt. The garment in question was the knee-length dress I had worn to my college graduation to the compliments of generations of women across my family. Just to play it safe, I had also worn one of those long Brandy Melville cardigans, reducing the slit in the back to no more than an inch or two. Apparently, my efforts to mute my body and microphone my mind were in vein.

I was still reduced to a problem that needed to be dealt with. I thought about all of the legal field’s questionable behavior to which I had paid witness thus far, and how it was hardly instep with this masquerade of a moral crusade. I wanted to shout and kick and scream from the heat of flagrant hypocrisy. But, I am young, and I have dreams that need to be funded. So, I just kept crying, stewing in my discomfort, wondering when I’ll have to stop chasing new opportunities to finally reach one in which I am empowered.

My colleague was sympathetic, but firm. We’re in the old boys’ club of the South. One day it might change, but that day is not today.

“So, about those blog posts,” I said, my voice wavering.

Little did I know, as I was sitting in my sea of off-duty suits, the war was only just being waged. It was across the dichotomy of historically pink-collar work, but on the same picket line – the raiding of Bourbon Street strip clubs.

Just a few days after I dried my eyes on linen, the news broke that my strip club—the place that has been there for me when so many other people, places, and things have not—has been shuttered indefinitely. Although I had procured a weekday job that’s acceptable and encouraged for women, my highly stigmatized weekend gig—the work responsible for funding my education—was been subjected to the same kind of policing.

What were some of the infractions responsible for displacing thousands from the workforce? The audacity to touch one’s own breasts on stage. The recklessness of removing one’s shoes in the lap dance section. The hazard of sporting a g-string that spans one inch instead of two. Call up Lifetime – New Orleans clearly has the human trafficking story of the decade. Sure, women are being exploited; women who are being held captive by modern day slavery across the world. Their narrative is being exploited by a State with a thirst for gentrifying by way of fear-mongering.

In my personal life, I have already spent the past few months struggling to cope with the paranoia of being unwanted. This feeling has only heightened with the unevenness of persecution in the working world. Intent is clearly not about executing moral values or ensuring the safety of workers. It is about policing women’s bodies.

The endgame of this policing is to essentially stunt the growth of women, regardless of whether or not we fall within the category of accepted or stigmatized pink-collar work. Either way, we are damned. While us secretaries and sex workers are all just people simply wishing to better ourselves, exert financial autonomy, and achieve our dreams, our growth is stunted by being “othered.” This shrinking process is undergone when we are told how we can display our bodies. This result? The status quo of the subservience of women is maintained.

It is also crucial to highlight that the recent raids were by no means about ensuring public health standards or the safety of women. If public health was the true concern, restaurants and healthcare providers would, too, be subjected to regular raids and smear campaigns disguised as exposes. Yet, they are not.

Further, these raids disregard the safety of women by encouraging sex work in the underground economy, which, contrary to popular belief, does not have a seat at the table of Bourbon Street strip clubs. If it did, evidence of such a problem would have been yielded in these raids. Yet, it was not. Displaced entertainers are now being forced to work at smaller, less-established clubs outside of the city that do not yield the same financial opportunities or safety measures of the famous clubs on Bourbon Street. Or, in the extreme, full-service sex work becomes one of the few immediately viable options when employment has been suddenly and unexpectedly stripped – a livelihood that was allegedly being targeted by these raids.

And so, predominately-female entertainers, support staff, and their loved ones are left to carry the burden of the policing of women’s bodies. Yet, the good businessmen of the CBD and the sports fans who attend the events that the city prides itself in hosting are not held responsible for creating a demand for strippers. Their businesses are not infringed upon. They get off scot-free.

While I may not be a New Orleans native, it is still my immediate home and a city I love dearly.  While unrequited romance is heartbreaking, I am trying to maintain my strength by marking today as the day. I am reclaiming what is mine. My body is not yours to police.

One response to “Not Yours To Police”