The cover, doesn’t give too much away does it?

Oftentimes whilst I wander the halls of big box stores searching for my next ‘splurge’ moment, a monstrous movie purchase no doubt, I happen upon titles that tug at my curiosity. Tug, but not yank hard enough I usually manage to pass these by in favor of something…cheaper. My horde of bargain collections is growing at an ever increasing rate. On this given day however, The Belko Experiment tripped me, causing not as much bodily hard as one might assume, and virtually jumped into my sweaty little grasp. Naturally I’d heard the hype, relatively small in all honesty compared to those with comments on how much better the title could have been, and how it was heavily similar in tone to Battle Royale and (obviously) The Hunger Games with nods to Office Space. Something, my wife, told me it was time to make my own mind up and stop bowing to what the vast majority others thought, this made me wonder why I might have done so, I’m not usually known to do so. 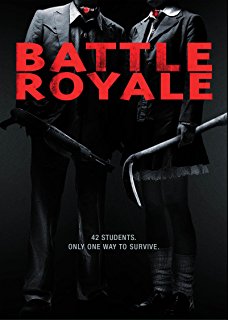 Not the cover of the version I own, but it’ll work regardless

Enough senseless waffling.
Onwards…
Shot in Bogota Columbia, incidentally where the film is set, The Belko Experiment takes place within a towering office structure that stands out vividly as it’s gleaming, impressive, structurally sound and imposing especially given its positioning. It looks out over the surrounding squalor like a maniacal dictator comfortably perched upon his ivory throne (not the phrasing often used unfortunately I’ve already used the word ‘tower’ in this paragraph).
Belko Industries is a conglomerate, a huge corporation that offers its employees unusually extravagant incentives including housing, transportation, generous credit and security. The film opens on a particular day that deviates from the typical norm. There’s more security than expected, a small army is present in fact, as experienced on an everyday basis. Few question the measures taken, discussing with others the reasoning as to perhaps why, whilst others go about their duties and enter the building as per usual. The film continues to effectively introduce a spot-on business dynamic that many within the same vocation I’m sure will easily be able to relate to. Undeniable comradery, the desire to succeed and ‘fakery’ runs rampant behind the façade. Hatred, loathing and passion exist much like they do in every other existing business setting, in essence its business as usual.
Other than the heightened security the day starts out much like any other, unwarranted flirtatious advances are commonplace and comical innuendos flow more freely than a broken dam. A sudden announcement that two within the workforce must die else there be further drastic repercussions sees the majority of the workforce suspect tomfoolery but it’s not until ‘heads begin to roll’ (quite literally in this instance) that many stand up to take note. The building goes into lock-down mode, the windows are shuttered, all communication is muted, the ac is turned off and panic sets in. The CEO, played convincingly by Tony Goldwyn, tackles the issue of calming the workforce. It works relatively effectively, given the circumstances, up until the point that another announcement calls for several others to be disposed of lest a virtual “culling” take effect. Predictably rationale becomes splintered, alliances form and social decorum goes out the window as Darwin’s theory becomes the order of the day and the rule of law. 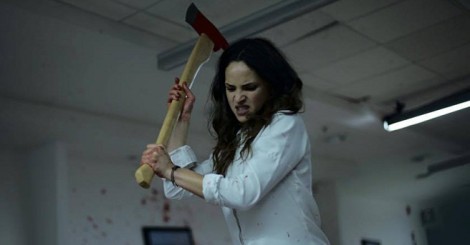 For whom do you intend that ax to “worship”?

For want of not ruining the remainder of the film by dropping numerous other spoilers, other those offered for description on the films box, I’ll cease and desist my brief synopsis here and move onto my thoughts, which obviously aren’t found anywhere on the titles box make up.
The Belko Experiment works extraordinarily well in several incidences. It introduces characters that many will be able to instantly become attached to and others that will need pondering upon, much like in everyday life with undeniable first impressions and other discoveries coming by way of the emergence of ‘truer’ personalities. The professional office vibe is captured wonderfully with the essence of on point internal issues and clashing personalities. The need for survival and how people relate to one another under a different set of rules entirely plays out superbly, within a well-paced storyline that keeps the audience on their toes far from the point of boredom. A lingering shot outside of the ‘compound’ (the office structure) depicts life as normal, nothing to see here, a great writing/directorial touch, bringing to mind Tarantino’s genius, to prove that ignorance is bliss indeed, what you can’t see, can’t hurt you indeed!

Belko goes Lego…and why not?

Surprisingly the story was composed and constructed by none other than the mind behind Guardians of the Galaxy and the recent Dawn of the Dead remake and although these titles offer excitement the vibe is altogether different here, with only a smidgen of pitch black humor, but nevertheless still highly effective.
Several moments in the film stand out. In one of the films stunning passages, several delightful scenes, blood-shed and carnage is set against a Latin cover of California Dreamin’ (by the Mamas and Papas – I could be wrong here – research be damned!). Naturally one might deliberate on an assumed political stance, assumed by way of the juxtaposition of what’s being witnessed against what’s being heard. Does this feature have a political standpoint/agenda? Possibly, but I’ll not stray down that path, it’s a direction leading to instability and fracture amongst life-long friends, instead I’ll comment on the merit of the feature itself and its entertainment value from my personal standpoint one that in this instance is devoid of both agenda and personal bias.

I offer a Politics free review

Comical in the context are several of Belko’s slogans – “Bringing the World Together” and …”The Belko Corporation wants you to become the master of your own destiny, the power is in your hands…” Another small detail that works very well to hoist this upwards away other less memorable celluloid outings nestled in the same genre. Notable characters also add to the films appeal. Wendell played excellently by John C. McGinley (Scrubs) is of the team player mentality, has a permanent smile plastered across his chops and an agenda of his own based on his own skewed view of how the world works. John Gallagher Jr. portrays Mike, a character that many of us will relate to in so far as he isn’t willing to just go along for the ride. Fans of Michael Rooker will enjoy his altogether brief showing but not so much the dent that appears in his forehead courtesy of an argument fueled blunt instrument barely minutes into the film.
Fanaticism, conspiracy, devotees and other character traits are explored effectively as the film builds to its crescendo and Neanderthal brutality dictated by survival of the fittest rears its ugly head becoming an overriding element that can’t be ignored.

The quality of the make-up effects, the frequency and the brutality in which they are delivered has to be mentioned. Unexpected to say the least the first instance will surprise whereas the unflinching brutality of the continued on-screen antics/violence only adds to the shock that the (I would say “unprecedented” but the term ‘postal’ nixes this argument in the bud) scenario is actually happening.
“Battle Royale meets Office Space” has already been used and I would guess the exact words thought upon by the vast majority of those who witness all that The Belko Experiment stylistically offers. I’ll comment that more than just that, for it can’t surely be that simple, The Belko Experiment is also a commentary on the “too big to fail” adage, the extent to which large corporations have control over the lives of its workers, the over usage and overwhelming importance of ‘factual’ data, the empathy in which it’s gathered and the extremes to which those in power will go to get the answers they require all supposedly for the betterment of something… in someone’s eyes Humanity perhaps?

Cue music* All by myself…

I will proudly stand out from the crowd with my conclusions on The Belko Experiment. It’s a well-executed film that delivers both shock, tension and a realistic vision of how an individual will ‘break down’ when faced with a situation that their mind cannot process. The scenarios explored The Belko Experiment are undeniably the material of comic books and shoot em’ up console affairs never something expected in the workplace or for that matter everyday life there’s no wonder that the situation would lead many to hysterics, complete sensory overload or worse. The only qualm I have are that a few scenes and lines of dialogue (usually one-liners) are expected especially in light of the scenario. Nevertheless (my new favorite word) The Belko Experiment remains a feature that will sate those with a love for the genre and excite those with a desire for suspense and tension in their viewing schedule. 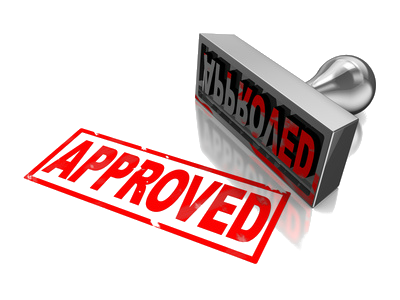 And…there it is. Finally!

Highly recommended. This film now bears the Cult stamp of approval.
Disagree? Feel free to tell me your thoughts, or other recommendations you wish me to explore.

As always, your slave to cinema depraved, obscene and indecent.