‘Cult manages to pull himself away from the “pink” to immerse himself in some German black metal. 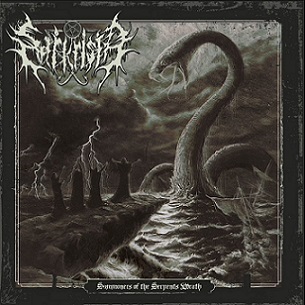 Today I’ve found myself unceremoniously immersed in two colors. Purple. Which really isn’t all so bad (some might immediately think Crown Royale whereas I think Royalty more so in a fantasy than reality setting). And pink. A color which has recently found a huge resurgence other than the traditional tween – mostly – female demographic. Firstly, in support of breast cancer awareness. In a world boasting mind blowing technology it amazes me that there’s still not a cure for cancer. (Who am I kidding there more than likely is but big ‘pharma’ is black op-ing any likeliness of it becoming available to the masses a reality). Secondly the somewhat hipster ‘real men wear pink’ movement. If you like the color pink that’s fine it doesn’t make you gay ‘in my book’. However, having a beard rubbed against one’s anus for a prolonged period of time is one of many sure indications that you might be headed that way. It’s my belief that ‘real men’ are those than take care of their responsibilities. Bills, kids, making the wife happy (or husband each to his/her own) and household duties. Wearing pink doesn’t factor into the equation at all.
But I digress.
My mind is still reeling. My flesh is drenched in a shade of ‘happy’ I don’t wish to advertise. What I’ve yet to mention is that I spent the majority of today painting. Finally, being allowed to call it a day when the wife was happy with the result. Thankfully my youngest is still too young to complain unless of course one is fluent in an adolescent version of a language/dialect grunted by Jody Foster and mastered in ‘Nell’. What better way than to end the day than with a color that exists on the opposite end of the spectrum.
Black. Metal that is! 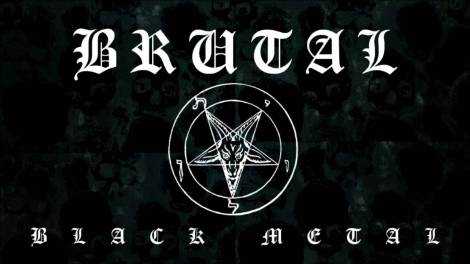 A release I’ve very recently discovered and cannot get enough of.
Sarkrista are a three-piece outfit (comprising of Exesor – Drums and Bass. Farbauti – Guitars and finally Revenant Vocals and Guitars) based in Schleswig-Holstein, Germany. If you were wondering, and for the purpose of shits n giggles, this region’s main tourist attractions include a castle, a cathedral and (wait for it) confusion as to what one should be fluent in, either Danish or German. Merely in order to order an Uber for a fine night of (responsible) dining, drinking and, what my Granma would call, nefarious music …” what are they wearing on their faces? Why do they scream when they could sing like respectable folk?” …
Onwards.

Quite the scary collective! But are they talented? That remains to be heard.
Summoners of the Serpents Wrath is only the bands second full length in close to a six-year existence, however they also boast three splits and an EP during this time. Released March 6th on CD (and tape) this year (2017) through Purity through Fire, this release boasts nine tracks and runs just past the fifty-minute mark.
The intro promises something devilish indeed with its well-manicured spooky tones, storm effects and gooseflesh inducing chilling atmosphere. The second track, The Lurking Giant, doesn’t disappoint in the slightest as a toe tapping (yes I said ‘toe tapping’) triumphant, surprisingly melodic, guitar pace is reached within no time. Revenant’s wail/screech – I’m glad to report – tickles the auditory sensors pleasingly.
Have no fear folks it this is any indication of what’s to follow these guys know their shit and this might transform into one hell of an album. But, is it too early to tell? With only seven more tracks, and forty minutes left to lose myself in the answer is within sight.
The Gathering of Blackest Shadows is excellent, fast yet not just for speeds sake. It bodes well for the remainder of the album and hints at a style of ‘sticksmanship’ that works exceedingly well enticing my limbs to move without my consent (I’m not concerned in the slightest as long as long as my fingertips stay connected to the keyboard I’m golden!).
The title track seethes with mood, pace and what every blackened metal fan demands, well-conceived atmosphere entwined with a tapestry of dark melodies and unholy lyrics rooted in passion. All this is delivered in aces, in fact the album, thus far, appears to runneth over! 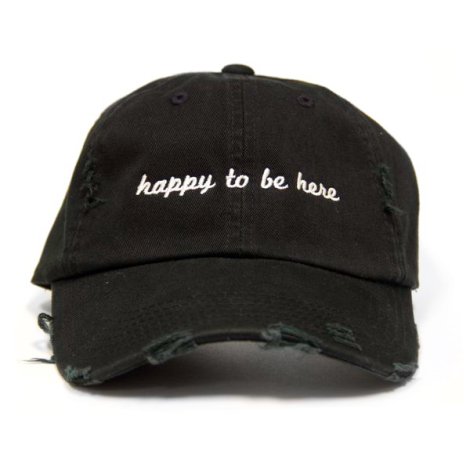 In a nutshell, yes indeed!

He Who Liveth and Reigneth Forevermore, as well as a title one would expect to read on the playlist of an album residing on the blackest end of the metal arena, boasts a heightened melodic aura that works more efficiently than a Japanese robot on an American car production line (wait what-?). I’m not complaining in the slightest as it’s an amazing ‘break’ to the albums style thus far and shows the musical range the players possess. This tracks climax is a great touch utilizing pianos for an epic doom vibe. This brings us to the next track The Sea pt. 2 (My Cold Grave). Waves crash against the shore, a slower beat ensues and emotion takes ahold. A calmer track that though not expected deserves its place amidst other slabs of auditory brilliance drenched in blasphemy.
Without issuing a track by track narrative I’ll refrain from mentioning the final two tracks. Instead, I’ll merely state the album ends with a messy orgasm. Shit, I should probably clean that up! Dammit my headphones are all yucky! Seriously, Rituals of Flame and Skulls sits at the top of my enjoyment list for this nights listening pleasure. A damn fine track that sports traditional heavy metal leanings as well as melody to spare.
In all honesty this album is one you cannot afford to miss. Especially if like myself you crank Dissection – Storm of the Lights Bane and the newest Vindland – Hanter Savet whenever possible. In my case this isn’t too often, if truth be told my listening to black metal is akin to being thirteen (again, argh!) and digging out the physical porn whilst listening intently for the front door to squeak open lest I get caught with my excitement in my hands (you get the idea, my wife would hate either scenario).
And on that note this concludes my virgin music review for this site.
I hope you can enjoy this album as much as I have. Again and again and again. It really is that good!
You can hear it here for a teaser, incentive to purchase