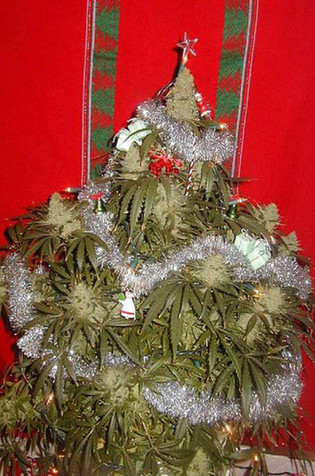 Since she be the first Monday of the month, it’s playlist day! But before that, let me talk about frozen, sexy, December.

We come upon the apex of human buying capacity in just a couple weeks. That time of year where if the tree isn’t physically suspended in the air by the presents underneath, well, you know the drill. The following day though. . . THAT is my favorite day of the season. I’m not someone to really buy a dang thing on Boxing Day (not a hugely material person in general, thanks to a solid upbringing), but the entire day is miniscule in comparison to the unadulterated pleasure I get of watching these infantile 15 year old destroy their Christmas iPhone from Grandma because it isn’t the right edition. Sweet lucy, does that ever keep me chuckling!

Handed everything, and they’ll retain nothing. What a beautiful society we live in. Likely why everyone and their dog either ends up looking at the bottom of a bottle or swallowing smoke trying to forget. I know I talked about liquor a bit back, but since it’s the fastest season of the year, I pretty much want to go as slow as possible. So pull up a bong, kick that recliner out and then pull it back in when you remember that you left your chips on the counter, and let us get “LIT, FAM!”.

First band on here I wanna talk about is YOB. Shout out to my southern friends in Portland, OR. who got to see these guys in their initial days, that must’ve been something to watch! The first time I heard YOB, it was a very good thing I had twenty minutes to spare. Aside from having a pretty standard 10min+ run time to most of their songs, you need a five minutes afterwards to recover! Bass like a tidal wave and down-tuned instrument’s across the board. I think the easiest way for anyone to introduce someone to this band is just to sit them down and put headphones on them, by force if necessary. “Adrift in the Ocean” comes off their 2011 album Atma, a personal favorite.

Grimly showing it’s face within this tracklist is the band Pelican. A sludgingly-moving instrumental trance rock band. The perfect band for people who really like Neurosis, but can’t do harsh vocals. My previous co-worker showed me “Arktika” back in 2012 and I was hooked. Magnificent diversity through-out the whole album, and the production quality is fantastic.

One more before I go watch the panicking masses try and kill each other over Little Pet Shops, and you’ll know it when you hear it because it stands out AND THEN SOME! Bohren & The Club Of Gore was introduced to me by the same goddess whom introduced me to YOB initially, and continues to this day to show me things I wouldn’t find if I was surfing the net in a fever dream and I couldn’t love her more for it.

I was unprepared to be emotionally perforated by soft brushes on a snare and saxophone that Kenny G would shed a tear for, however “Maximum Black” is maximum powerful and I hope you can appreciate it as I do.

SEE YOU IN A WEEK WHEN YOU HAVEN’T FINISHED THAT THING YOU NEED TO DO.