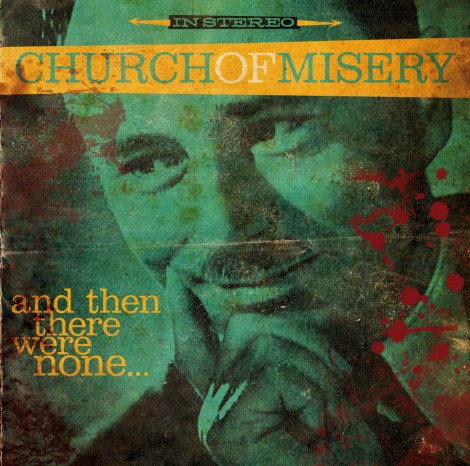 I didn’t really anticipate that pretty much every morning for the last week my work day would begin with me singing along to a song called “Murderfreak Blues” in between sips of my morning coffee but here we are. Well alright, it isn’t that out of character I guess (I do write about necrophilic themes with a disturbing frequency), but what I’m trying to get at is that I didn’t prepare myself for how catchy the  new Church of Misery album is. These riffs WILL get stuck in your head for days.

“and then there were none…” continues down the same path that the rest of Church of Misery’s albums have trod – heavily psychedelia-laced doom with a lyrical bent towards humanity’s worst and most reprehensible killers. This release finds Tatsu Makami working with an entirely new group of musicians than previous – Dave Szulkin (Blood Farmers), Eric Little (Earthride) and Scott Carlson (Repulsion) – and subsequently producing one of Church of Misery’s strongest releases to date. Church of Misery have always had a strange out-of-time feel for me, afforded mostly by the sinister psychedelic touches that weave the bands tracks together and help them stand out from their doom contemporaries. On tracks like “Make Them Die Slowly” the guitar rips into fuzzed out leads that make your head spin like you just took one too many hits of acid under the hot August sun while the drums and bass keep you locked into the well worn groove at the core of the song. 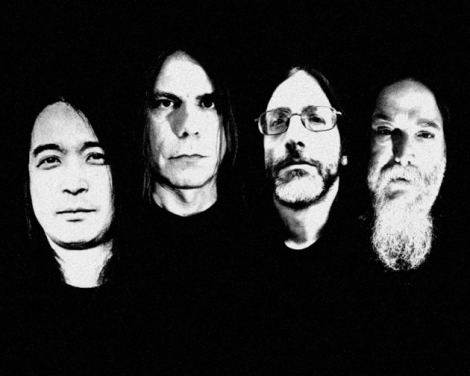 Confession: I haven’t really cared for the vocal stylings of Church of Misery up until this point. They’ve always been my one point of criticism.  Minor as it is, I never really felt the vocals carried the same weight as the rest of the music but with “and then there were none…”, that’s no longer a thing. Scott Carlson’s contribution really seals the deal here for me, his gravelly vocals providing the perfect narrative tone for the sordid tales of human villainy on display here. Songs like “Confessions of an Embittered Soul” and “Make Them Die Slowly” really show off this strength, the storytelling nature of the lyrics really drawing the listener in to the macabre tales.

Like I said before Church of Misery releases always feel like they are caught out of time, trapped somewhere between modern doom and psychedelia. “And then there were none…” is bound to go down as one of the bands’ strongest efforts, building on what was an already powerful body of work. It would just be poor life choices on your part if this album didn’t find a place in your collection.